As the auto industry moves towards autonomous driving, it consequently powers the growth of In-Vehicle PCs. According to the categorization by SAE regarding ADS (Autonomous Driving System), L1 to L2 classes denote that the vehicles are driven by drivers as automatic driving system assists drivers for particular operations while drivers may restore vehicle control any time, and should data transmission, and driving assistance can be achieved, such vehicles are regarded as intelligent vehicles; L3 to L5 classes denote that the vehicles are controlled by ADS, and such vehicles are considered to be autonomous-driven vehicles. Should the L5 class of fully autonomous driving is achieved, the ADS has complete control of the vehicles.

As the In-Vehicle PC is the core of data analysis and integration, it connects to all sensors and processes and responds to all data traffic through special algorithms. The functions of In-Vehicle PCs vary with different classes of autonomous driving. In the driver-controlled intelligent vehicles, the data received by In-Vehicle PCs from navigation, dashcam, sensors, etc., are processed before presenting to drivers. In the machine-controlled autonomous-driven vehicles, the In-Vehicle PCs receive signals from various sensors, Radar, LiDAR, while commanding in-vehicle components such as engine, battery, drivers, in assisting drivers or directly controlling the vehicles to respond given its powerful computing capability and large memory capacity.

In-Vehicle PCs can be broadly utilized in all types of transportation vehicles such as passenger cars, trains, buses, freight trucks, school buses, police cars, fire engines, ambulances, armored cars, chemical transporters, fuel transporters, and engineering trucks. Among the transportation vehicles, apart from passenger cars and buses, the first to introduce ADS was the logistics vehicles, while L4-class autonomous-driven vehicles have been introduced in the high-end passenger car, metro-bus, and logistic vehicle spaces. Furthermore, the autonomous vehicles with AI, image-recognition and machine learning capacities have grown in application cases such as food or e-Commerce goods delivery, and medicine and specimen delivery between laboratories and clinics.

As In-Vehicle PCs are used in outdoor settings with direct or indirect sunlight exposure, the display for the In-Vehicle PCs should be high-quality touch screen visually accessible under sunlight with advanced features such as physical knobs and camera integrated as part of the In-Vehicle PC display. As ADS develops, the display size for In-Vehicle PCs will grow larger to accommodate the digitalized dashboard central control console integrated; hence, large-size curved-surface display with toughened glass or explosion proof film will become the mainstream feature. 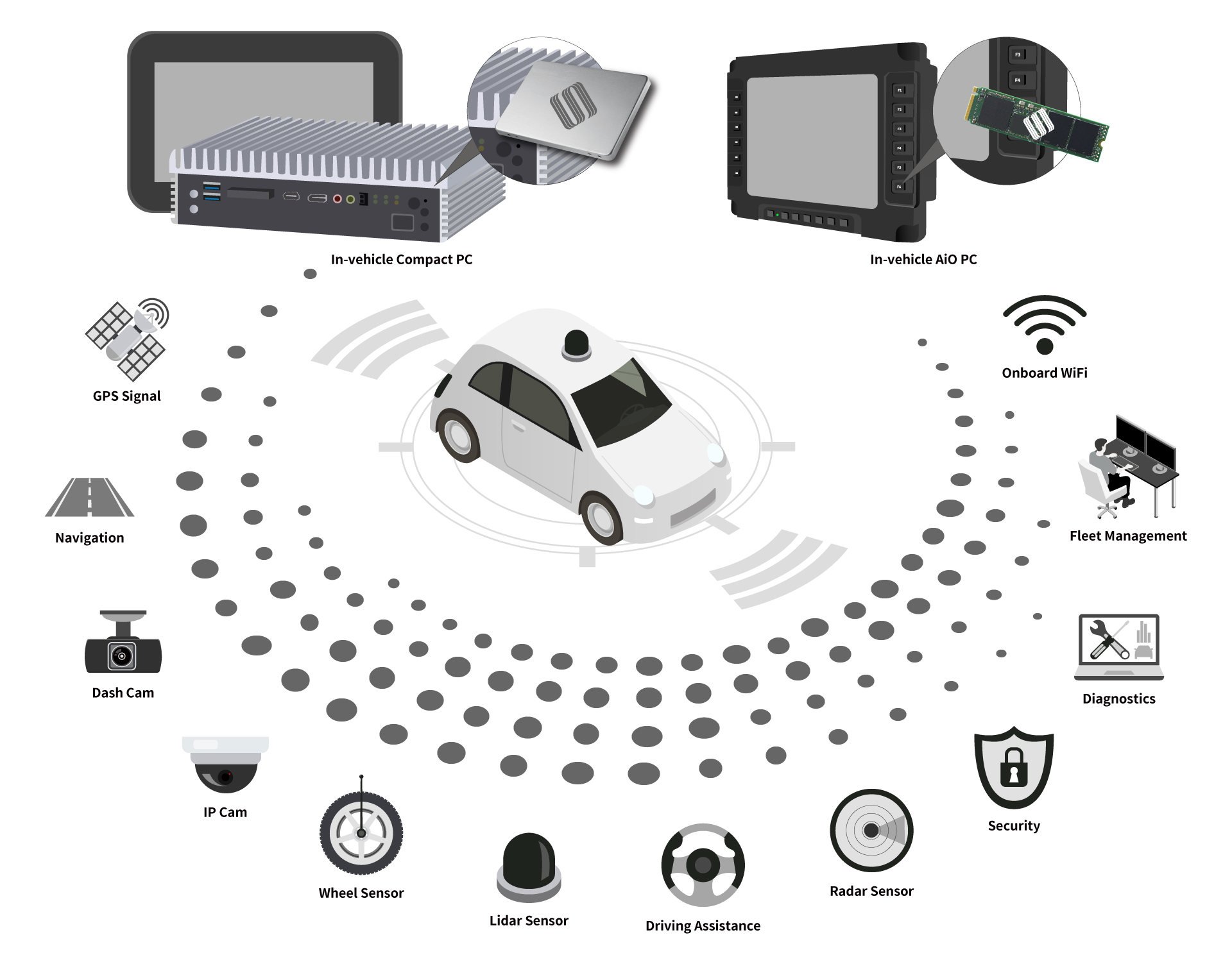 For the usage scenarios of fast-moving, high vibration, and temperature in-vehicle environment, the In-Vehicle PCs must be industrial-grade products with compact size, usually an industrial-grade Compact Box PC with an operating Display; also an AiO PC (All-in-One PC) to save space. The SSDs produced by Solid State Storage Technology Corporation comply with industrial-grade application standard with compact size, which is rightly suitable for in-vehicle applications, as the largest 2.5” SSD merely has a dimension of 10x7x0.7 cm; the product dimension of M.2 2280 specification is one-sixth of the 2.5” product, let alone the even smaller-size M.2 2242 and M2 2230 specification.

The large-capacity SSDs produced by Solid State Storage Technology Corporation with high read-write speed are especially suitable for featuring in the In-Vehicle PCs with video surveillance function, as in addition to the larger storage space, the read-write speed of the PCIe® 4.0 NVMeTM SSDs is sixty-eight times faster than that of the conventional HDDs, and even that of the SATA SSDs is five times faster and above, effectively increasing the storage efficiency of video files. 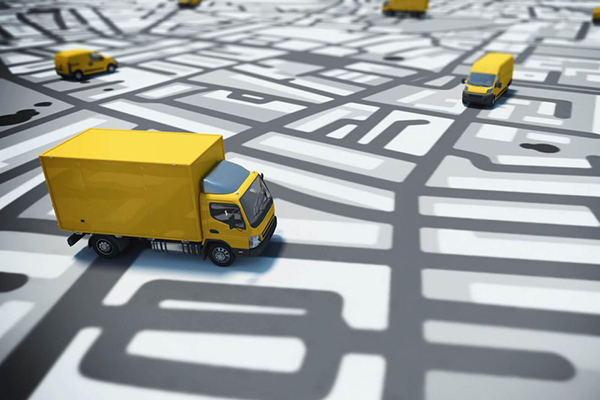 The large-capacity SATA 2.5” SSDs produced by Solid State Storage Technology Corporation were introduced to feature in the upcoming electric logistics fleet of a renowned US e-Commerce retailer giant, enabling the noise-free and emission-free electric fleet to complete the last-mile operation of a complex and enormous logistics framework.