A Router is a networking device that connects two or more networks or network segments. It forwards data packets between different networks or network segments to facilitate data exchange in forming an even more extensive network. As the Routers are the primary node equipment in the internet, and data-forwarding can be determined by routing mechanism. The “Routing” refers to the path undertaken by the data packets being transferred from the “Source Addresses” to the “Destination Addresses”. Each Router along the path only determines the next Router the received packet should be relayed to, and after a series of relays, the packets shall find their way to the destinations.

As the Router can be used to connect at least two networks, the Routers located at the boundary of a LAN connecting with other networks (including the LAN, WAN, or public internet) are called Edge Router. The Routers sitting at the center of the network and transferring data amongst other Routers along the main fiber optic backbone are called Core Routers. Core Routers accommodate higher throughput, often used by telecommunication, internet service providers (ISPs), cloud service providers, or the network of large-scale enterprises with employees spread across multiple buildings or locations. There is a particular One-Armed Router that routes traffic between virtual local area networks (VLANs) on the same physical network segment.

As Routers are commonplace equipment in network management broadly used in all industries, there is a portfolio of products with different functions and specifications. Compared with home-use Routers, enterprise-grade Routers support complex network structures, load-balance, and optimal path routing while carrying multiple users with high speed forwarding and large volume carriage, as well as offering a more robust wireless signal penetration.

The current Routers are not merely transferring data and connecting networks but connect printers, hard disks, VoIP devices, IP cameras, etc. Firewall and content filtering softwares can be embedded into a Router to ensure network security. Much like the Switches, Routers also offer products complemented by PoE (Power Over Ethernet) function to provide power supply to external devices such as VoIP devices, WAP devices, and video surveillance equipment. In the case of the Wireless Router with PoE, it does not just provide power but simplify linework as it offers more flexibility.

The Routers designed for small and medium-sized enterprises with the built-in M.2 SSD slot are very popular these days, and the mainstream storage capacity is at least 1TB. Once fitted with SSDs, this enables the Routers to serve as micro-servers, much like the mini NAS allowing the convenient file sharing within enterprises, or as the simplified FTP servers to exchange files with external parties. The Routers used by medium and large-sized enterprises usually feature larger storage capacity and forwarding performance, even adopting a routing matrix comprised of multiple Routers in collaboration as a data exchange matrix system, that are identified externally as a single logical Router. This has transcended the limitations of single equipment in terms of capacity, power, cooling, etc., as well as optimizing management convenience.

The enterprise-grade Routers should feature SSDs of enterprise-grade write-intensive products with excellent DWPD and TBW. The reliability of the enterprise-grade PCIe® NVMeTM SSDs and SATA SSDs produced by Solid State Storage Technology Corporation has been tested, according to JEDEC Workload Standard, to design the SSD products that can meet the practical application needs. 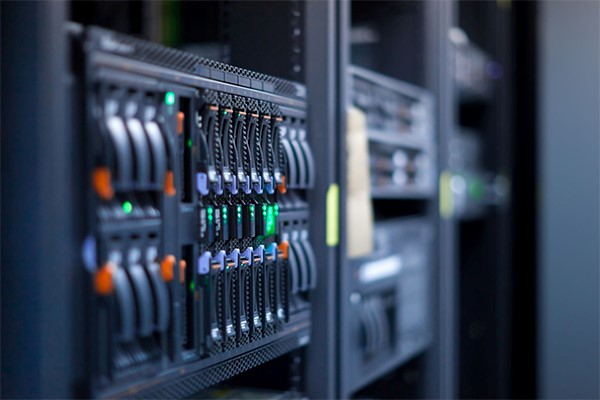