Servers are powerful PCs with internet access to provide hardware and software integration for specific services to internal networks or internet clients. As servers facilitate multi-user access to their stored data, the major difference between servers and PCs is that servers possess superior stability and reliability with a high tolerance for errors.

Tower Servers, also known as Pedestal Servers, are servers in a stand-alone chassis configuration. They have the external form of desktop PCs, but since there are more components and slots inside the servers, it has a bigger size than the desktop PCs while containing many hard disks to store more data in servicing their numerous users on the internet.

Rack Servers, also known as Rack-Mounted Servers, are created to fit vertically within a rack, typically housed in a data center or server room. As Rack Servers feature a high space-utilization rate, their exteriors are designed with standard specifications such as 1U, 2U, 3U, 4U, 5U, and 7U, which allow several of them to be placed in a rack or cabinet for centralized management. The dimensions of racks and cabinets also adopt universal industrial standard sizes, usually from 22U to 47U, to minimize space occupancy rate.

A Blade Server is a modular server that allows multiple single-board computers, also called blades, to be housed vertically into the enclosure/chassis. The chassis can provide the power, manage networking, and more. This allows each blade to operate more efficiently and requires fewer internal components. The chassis typically fit server rack unit measurements, which allows to save space. Each blade represents a motherboard with an independent operating system, or the blades can be integrated into a group server to provide a high computing environment. The Blade Server is a HAHD (High Availability High Density) server that accommodates multiple physical servers in a confined space for centralized management. Blade Servers, much like Rack Servers, are usually stored in a vertical stack in a data center or server room, though they tend to appear in much larger data centers.

The management of the multiple blades is through the integration of the built-in switches, as it can be regarded as a single server from the management perspective. However, each node in a Multi-Node Server operates independently without any inter-connection. For example, a 2-Node Server, also called Twin Server, has two nodes in the same chassis with the shared power supply and cooling, they can be regarded as two independent servers without any connection between their operating systems.

Hence the emergence of Ultra-Density Servers, or High-Density Servers, also known as, Hyper-Scale Servers. Although Hyper-Scale Servers still have the shared resources that are not data-related, such as cooling and power supply, they also provide independent resources such as network and storage. While Hyper-Scale Servers do not have the chassis-limited shortfall of the Blade Servers, they have a higher node-density than the Multi-Node Servers. Regarding the applications of high-density storage needs such as big-data analytics, software-defined storage, multimedia applications, and live streaming services, etc., that require high performance and mega-capacity, are ideal to be complemented by Hyper-Scale Servers with hundreds of TBs or even PBs storage capacity.

Given the ever-increasing big data analysis and applications, the demand for High-Performance Computing (HPC) is consequently ramping up in powering the growth of the server market, that can accelerate mega-volume and complexity data processing. HPC solutions usually feature a cluster-computing structure, i.e., a computing system of servers numbered from two to several thousands connected with a high-speed network to deliver computing capability optimized for high-speed data-processing or command executions. HPC Servers or Collaborative Computing Servers are congregations of multiple CPUs or GPUs performing parallel computing by concentrating most computing power within a 1U, 2U, or 4U server enclosure. Which is a practical high-performance computing solution for enterprises addressing 5G, Cloud, and IoT applications.

Another emerging trend in the enterprise market has been the widely-used Hyper Converged Infrastructure (HCI). HCI is an IT infrastructure merging server, storage, and network resources with virtual software in an enclosure. It is an “Infrastructure in a Box” concept, with a small-scale but a complete function server room. HCI can assemble many enclosures into a cluster through the distributed software, should the computing or storage needs increase, as long as more nodes are added to the cluster, the whole cluster's performance and capacity can be expanded. Furthermore, as the current HCI solutions are almost 100% software-defined, all physical and virtual resources can be easily deployed and managed through a single management platform. The high extensiveness and easy-to-manage nature of HCI are very appealing to small and medium-sized enterprises. 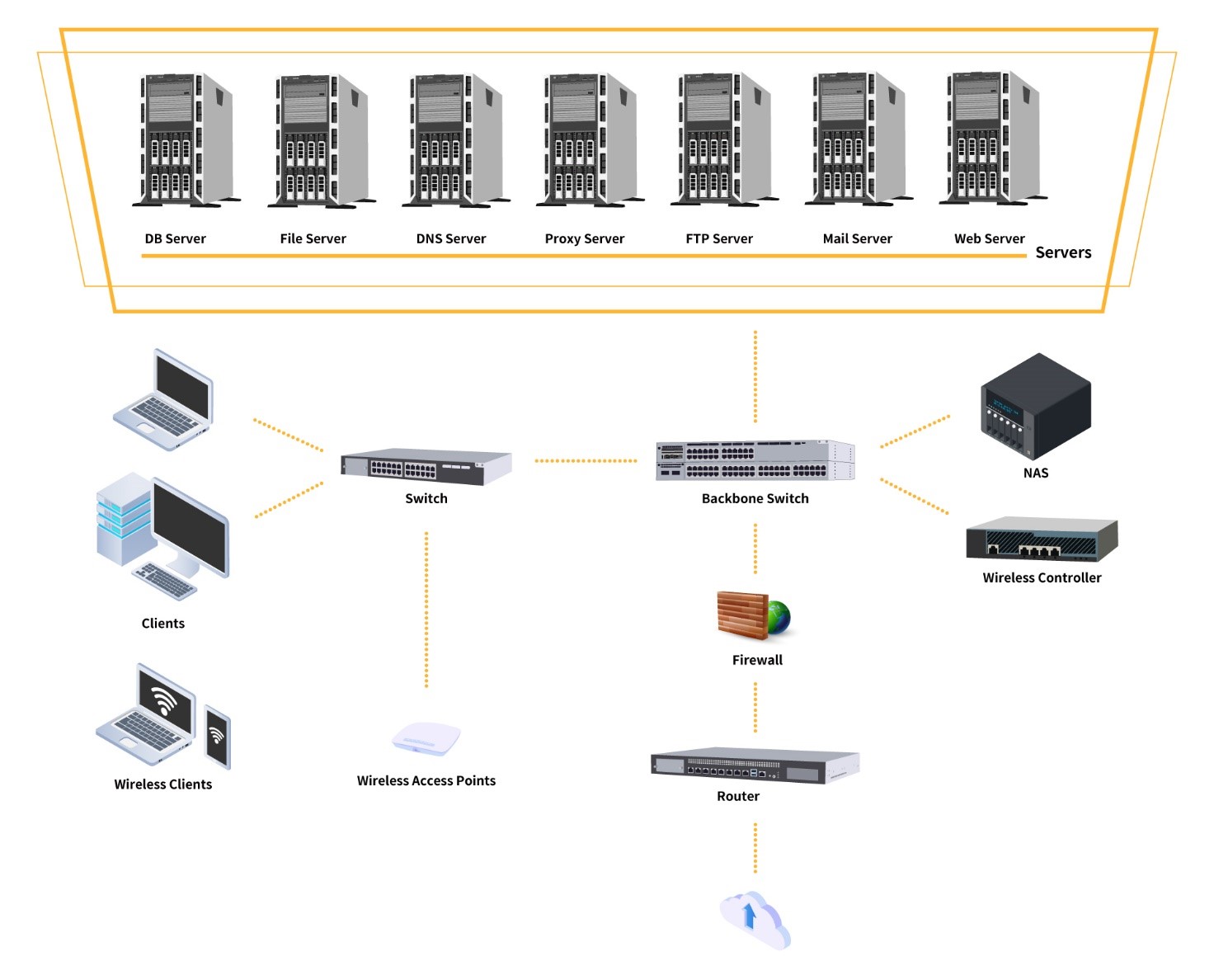 As servers are continuously working in the network, the demands for processing speed and system reliability are higher than those of PCs. PCs simply restart when they crash, and any data loss would be limited to a single computer. In the case of the servers, any data loss caused by faulty servers is hard to estimate as most data are stored in the servers, and many networking services are operating on the servers. Furthermore, if functions provided by the servers such as internet proxy, security certification, and email services become ineffective, the network becomes incapacitated. Hence in terms of server design, data backup, disaster recovery, troubleshooting, and remote maintenance should be considered.

Compared to the conventional HDDs, the read/write speed of the SSDs is more than ten times faster with small volume, lightweight, zero-noise, and less power consumption, while the SSDs have been incorporated with the applications in data centers and servers. The reliability of the enterprise-grade PCIe® NVMeTM SSDs and SATA SSDs produced by Solid State Storage Technology Corporation has been tested, according to JEDEC Workload Standard, to design the SSD products that can meet the practical application needs. 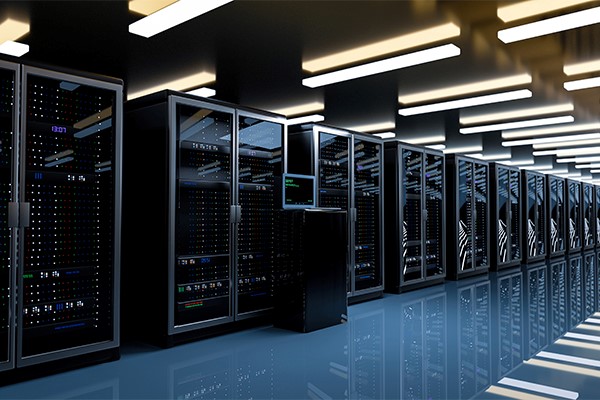 Large-capacity SATA 2.5-inch SSDs produced by Solid State Storage Technology Corporation have been widely featured in the mini servers, tower servers, and rack servers of a thin client computing and server manufacturer in US. 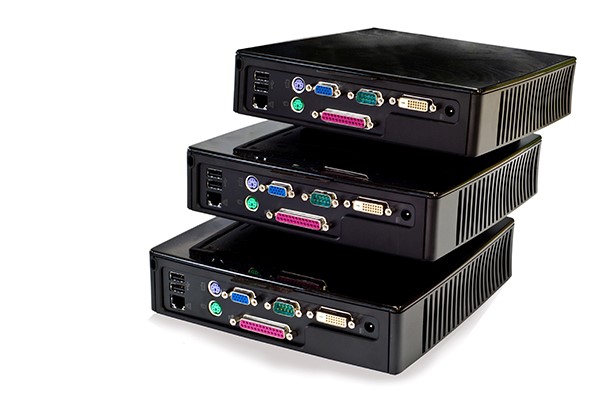