The common types of Rugged PCs are Laptop PCs, Tablet/Panel PCs, and Handheld PCs, all of which are referred to as robust and durable computing equipment of a highly customized niche market. They are produced in low-volume but with diverse variants with emphasis on PC reliability and durability, with typical applications in transportation, industrial manufacturing, military & defense, utilities, public safety, and so forth.

As rugged PCs are produced in low-volume and many variants, instead of large-volume and low-cost mode, specialized specifications and functions lead to customized products based on specific requirements. For industry applications, the usage environment is mostly of plant rooms with harsh surroundings with requirements of long-duration operation, high-temperature resistance, waterproof, and so forth. For policing and fire-fighting purposes, rugged PCs are installed in police and fire-fighting vehicles, which would require functions of anti-shock and waterproof, and so forth. For military and defense purposes, rugged PCs cannot interfere with communication and radar equipment and need to feature specific functions such as EMP-resistance, shock-proof, waterproof, and so forth to meet battleground needs. 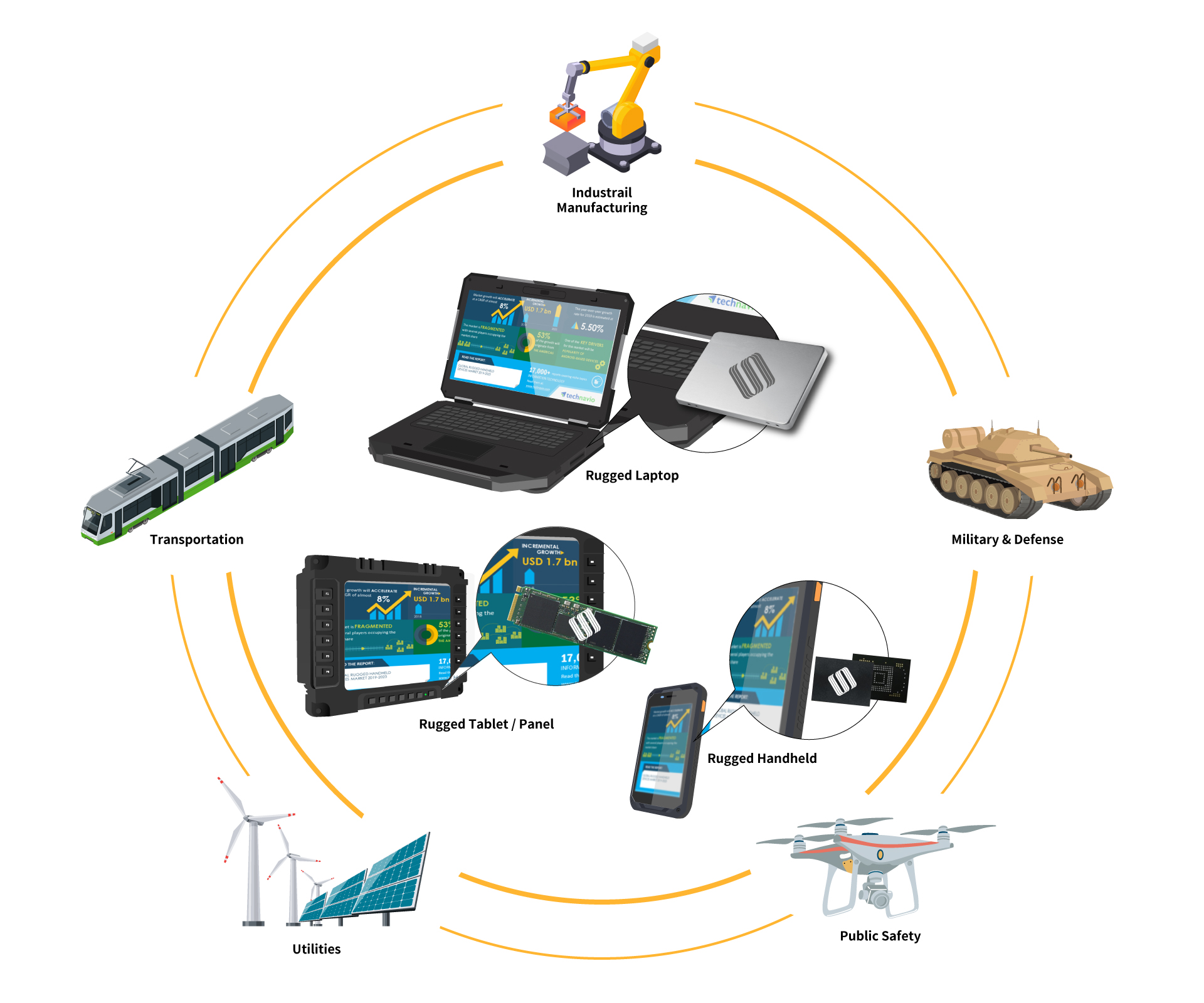 The industrial-grade Wide Temp SSDs produced by Solid State Storage Technology Corporation can meet the requirements of industrial applications, as they all pass the industry-standard operating-temperature compliance tests before leaving the factory. Solid State Storage Technology Corporation ensures the SSDs are normal functioning within the temperature range of industrial application scenarios without any component damage, data loss, and read-write abnormality, and so forth. The industrial-grade SSDs also pass the extreme voltage stress test, as well as comply with the Anti-Vibration standard of the US military standard, MIL-STD-810G, and Anti-Shock standard of the US military standard, MIL-STD-202G and MIL-STD-883. 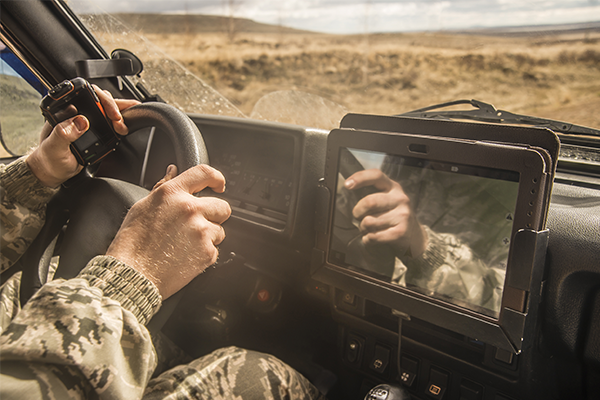 SATA and PCIe® NVMeTM M.2 2280 SSDs produced by Solid State Storage Technology Corporation have been widely featured in the product lines of many of the world’s rugged PC manufacturers, including the rugged PCs used by the US military.

SATA 2.5” SSDs produced by Solid State Storage Technology Corporation have been widely featured in the rugged PCs used in the maintenance workshop of a well-known German auto manufacturer. 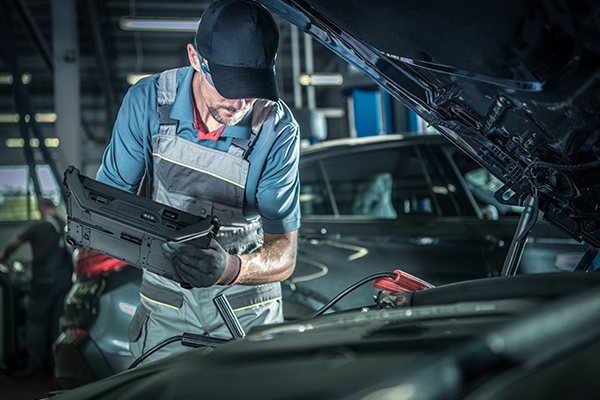