As the video surveillance technology continuously advances in the wake of the development trend of AI chips embedded in the IPCam, intelligent active-cognition Surveillance will play a vital role in the upcoming AIoT applications. Undoubtedly, the NVR system will be the mainstream technology in future video surveillance, but the DVR system, as a transitional product, will still be around for a while.

In the DVR system, the analog camera transmits analog signals through coaxial cables to the DVR device then the analog signals are converted to the digital format and stored in the hard disk. The DVR is a cable-based system in which coaxial cables, ethernet cables, power cables, signal cables, audio cables, etc. all need to connect to the DVR device. As analog signals very likely suffer loss over increased transmission distance. A DVR system is more suitable for applications in small to medium sized spaces.

Given the most prominent features of the DVR equipment are its powerful recording and storage functions, even with the emergence of the NVR, the DVR still occupies a significant market share. Hence different High-Definition analog cameras such as SDI, CVI, TVI, and AHD with High-Definition specifications were incessantly launched in the market. However, the uncompressed captured images resulting in the sheer volume of the back-end data would require larger storage spaces.

The NVR is an IP-based surveillance system with network cameras transmitting audio-visual content through ethernet cables or WiFi networks, while the visual and audio signals are simultaneously transmitted to the NVR device for storage. Each camera in the NVR system is a piece of network equipment that establishes transmission with the back-end management and storage equipment through the automatically designated IP addresses. Unlike the DVR system requiring dedicated cables for each camera, the NVR system facilitates the transmission from the cameras through a router with a single cable to the backend host.

It is easy to establish the NVR architecture in either cabled or wireless systems, as the cabled system only requires network and power cables; for those with the PoE configuration, an additional cable for power supply is not necessary. As a complete network surveillance system, the NVR is unbounded by any geographical limitation through remote PCs and mobile devices, regardless of the physical sizes of the surveillance spaces. Furthermore, the NVR device can be an ordinary PC integrated with storage devices and surveillance software to create numerous applications, while NAS, cloud storage, remote backup, etc., can make storage more efficient. 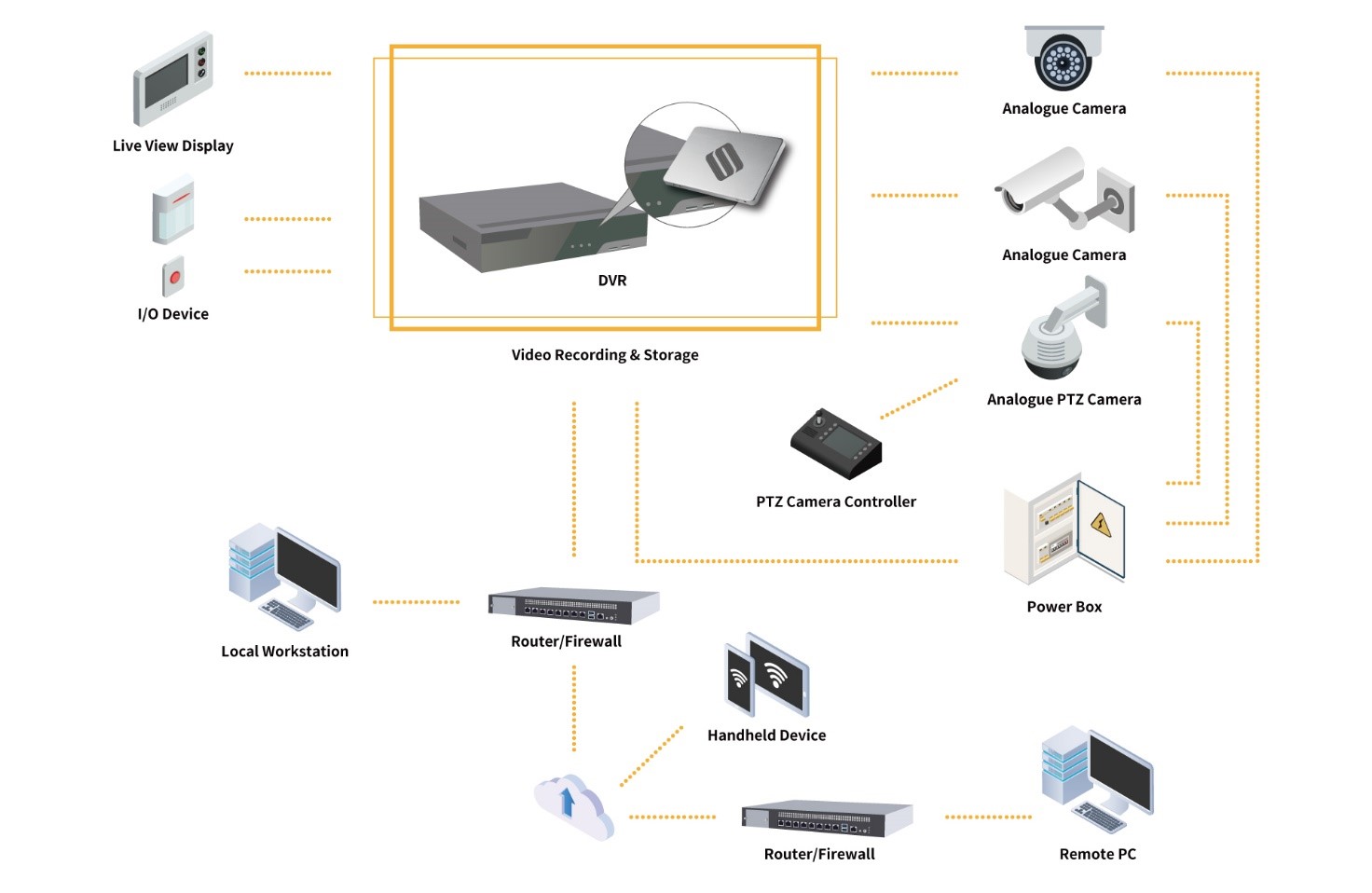 With the increase in the resolution of the images captured by the surveillance systems, in addition to the introduction of intelligent image analysis technologies such as license plate recognition and human facial recognition, the functions of surveillance systems have become increasingly powerful, which require faster transmission speed and larger storage capacity. Therefore, whether it be the NVR or DVR, whether the system is newly-built or expanded, the type and capacity of the storage device has become especially critical. The large-capacity high-speed SSDs by Solid State Storage Technology Corporation can meet the storage requirements of surveillance systems. Apart from the larger storage capacity, the sequential read-write speed of SATA SSDs by Solid State Storage Technology Corporation is five times faster than that of the conventional HDDs, and that of PCIe® 4.0 NVMe™ SSDs are sixty-eight times faster, to effectively increase the file access performance of the surveillance systems.

24/7 video recording via multiple cameras has been the broadly deployed configuration for surveillance systems that require storage devices of stable performance and enormous capacity to ensure the long-term secured storage of the captured data. Before factory exit, the SSD products by Solid State Storage Technology Corporation have all passed reliability tests of higher standards through the highest-class NEOSEM testing equipment than those of the industry. In additional to extreme temperature endurance testing that complies with industry standards to provide more stable, enduring, high-performance, and power-saving SSD products in meeting the needs of video surveillance applications.

The SSD products by Solid State Storage Technology Corporation can be used in surveillance systems installed in harsh environments such as Vehicle Surveillance, which requires the features of vibration-proof, shock-proof, high-temperature resistant, etc. The high-specification SSDs produced by Solid State Storage Technology Corporation comply with the Anti-Vibration standard of the US military-grade standard, MIL-STD-810G, and Anti-Shock standards of the US military-grade standard, MIL-STD-202G and MIL-STD-883 to meet the requirements for the applications of vehicle-borne Surveillance.

A top-tier US cloud-management solution provider has integrated the wide temperature range SSD solutions by Solid State Storage Technology Corporation with its IP Camera system that has passed a stringent 24/7 operation longevity test. 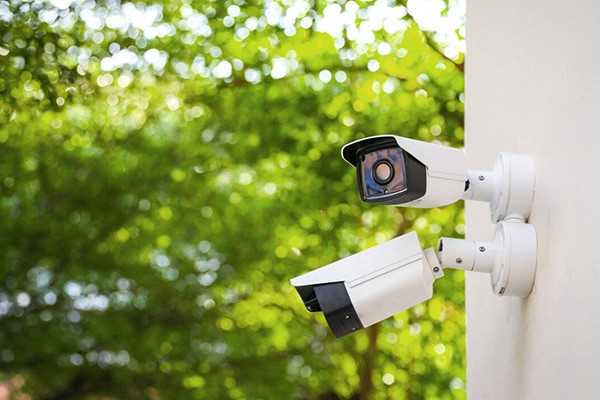